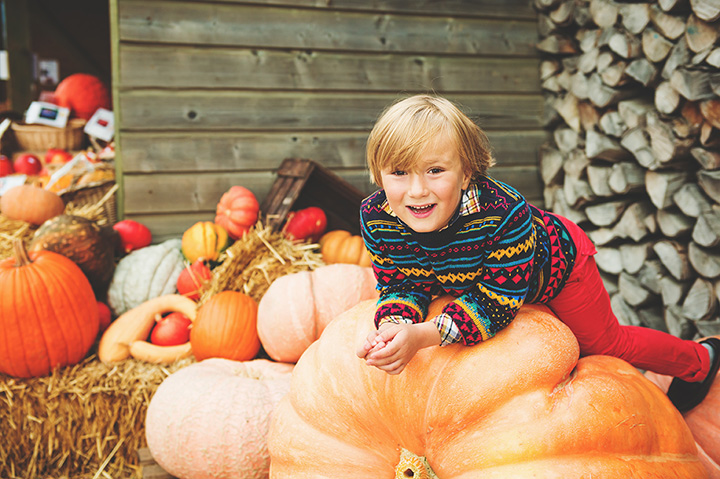 Where else can you find the best in food, fun, and nature than the great state of Washington in the Pacific Northwest? And what better way to experience the rich history and celebrate the Evergreen State than by attending one of the many festivals held annually? From state fairs to seafood celebrations, check out these 9 best fall festivals in Washington State.

First held in 1892, the Central Washington State Fair has been going strong except for a few periods of inactivity during the 1930s and 1940s. The first fairs featured Indian events, horse racing, and coyote hunts, with fireworks, and other types of racing added, especially when automobiles became popular. The original goal of the fair was to promote the growth and development of agriculture in the state and is still the focus, although recent fair activities have included a demolition derby, well-known musicians and groups, circus and magic events, a petting zoo, pig races, carnival rides, a beer and wine garden, and dozens of food booths. The fair is a significant contributor to the economy, and runs for 10 days during September each year.

There are few places more beautiful in the fall than the Pacific Northwest, and the Autumn Leaf Festival held in Leavenworth, Washington, is a celebration of everything autumn. The festival is the oldest of its kind in the area, and has become a major tourist attraction over the years. A Bavarian theme is prominent throughout the events of the festival, and many food options are available as well as folk music and dancing, planting of roses, a parade, and the crowing of the Royal Lady.

If you love seafood, the Dungeness Crab & Seafood Festival held in early October in Port Angeles, Washington, is the place to go. People travel from all over the country to this premier food festival to celebrate the aquaculture, agriculture, and maritime accomplishments of the area. Activities for this three-day event include plenty of food from local restaurants and prepared by celebrity chefs, art and crafts, music, children’s events, cooking competitions, Native American demonstrations. Held rain or shine, this is where you can get your crab on.

Created to generate awareness and raise funds for the Ridgefield National Wildlife Refuge in Ridgefield, Washington, and celebrate the return of the Sandhill Cranes, the Birdfest and Bluegrass Festival has been held since 1999. The weekend-long event offers guided nature trails, photo blind, children's activities, workshops, and much more around the theme of ecological responsibility and conservation. Jam with popular bluegrass musicians and find out more about the local wildlife at this fun family festival.

The Tacoma Greek Festival in Tacoma, Washington, has been going on for over 50 years, with the goal of keeping Greek traditions, dance, and food alive for present and future generations. Hosted by St. Nicholas Greek Orthodox Church, tours are given of the beautiful building. This is good clean family fun. How do you say gyro?

If you're into ales and craft beer, hop on down to the Fresh Hop Ale Festival in Yakima, Washington. Over 50 breweries will be on hand to let you sample the largest selection of beers produced right there in the Yakima Valley, where 75 percent of the U.S. hop crop is grown. The festival also seeks to promote the beautiful landscape of the area and supports the arts by hosting a contest where a winner is chosen to design the poster for the next year's festival. New releases from local breweries can be sampled for the attending public over 22 years-old.

Remember the words to the popular Mary Poppins' song, “Let's Go Fly a Kite”? Nothing could be more fun or as internationally well-known as kite-flying. One Sky One World marks the second Sunday each October to spread the word about world peace and harmonious living. Since 1986, thousands of people have attended the annual event to participate in making kites as a way of representing the diversity in our world, encourage international friendships, and raise awareness of our planet's need for protection.

Step back in time to Medieval England. The year is 1376, and you’re in the Village of Camlann. The Michelmasse Festival in Carnation, Washington, is held here each year to celebrate life through this vibrant Living History Museum project. In-character actors become the people of the village and bring the culture of the times alive by expounding the values and demonstrating the language, customs, religious practices, science, tools, clothing, and food. Funded through grants and the community at large, this amazing journey back into time will delight your family and give you an idea of what life was like so long ago.

Oh, shucks! That’s what people say who attend the Washington State Seafood Festival and Oyster Shucking Championship held at the Port of Shelton. Known as Puget Sound’s largest and most successful charity fundraiser, all proceeds go to organizations whose goals are to help those in need. There’s live music, exhibits and entertainment, opportunities to sample wine, beer, and delicious food at more than 100 vendor booths, including oysters prepared every way you can imagine. Kids are especially welcome and there are plenty of hands-on kid-friendly activities. Get out of your shell and go to this year’s OysterFest!