The 10 Best Milkshakes in Washington State! 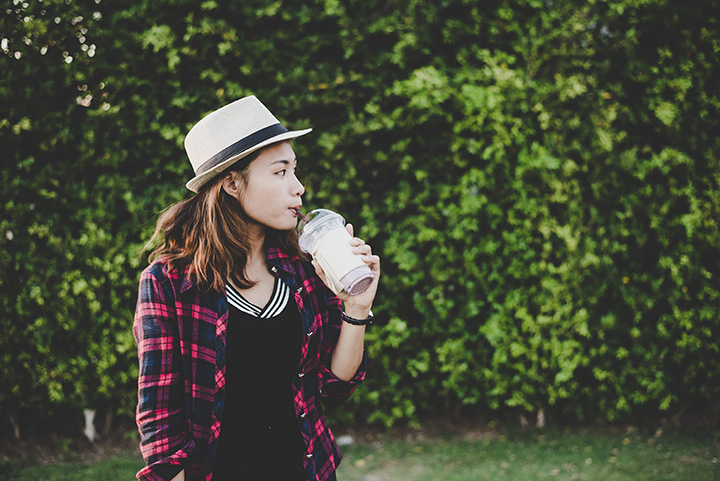 There’s nothing better than a thick, creamy milkshake to go with your favorite burger and fries. Today’s milkshakes move beyond traditional favorites like chocolate, strawberry, and vanilla into blends of fruits, nuts, and other exotic flavors for a burst-in-your-mouth experience. And each area of the Evergreen State contributes its regional flare to these cold creamy concoctions. Visit any of these 10 best milkshake spots in Washington for a great shake.

If you’re looking for classic old-time burgers with all that goes with them, you have to visit Shake Shake Shake in Tacoma, Washington. The sharp, colorful interior design will remind you of days gone by and you’ll be sure to find a shake flavor that grabs you by the palate. You can try shakes like peanut butter & jelly, banana brulee, red licorice, coconut, and mocha banana malted, but if you’re a traditional shaker, there’s strawberry, chocolate, and vanilla, too.

With locations in Bellevue, Gig Harbor, Redmond and Seattle, Lunchbox Laboratory is an adventure in fun and eating. You can avoid getting hangry by choosing the popular James West Burger (American style Kobe beef with cowboy steak rub, house-made Guajillo cream cheese, bacon, onion rings, Papa’s barbecue sauce) on a fresh bun, and one of the best shakes you’ll every taste featuring Snoqualmie ice cream. You might like the banana cream pie shake or Boston cream donut, but you might want to try something with a little more kick, like the Drunken Elvis shake made with vanilla ice cream, graham crackers, peanut butter, banana and a test tube full of Malibu banana, pinnacle whipped vodka, and Irish cream. This isn’t just a milkshake, it’s an experience.

Open since 1962, this great little mom and pop’s place specializes in the best burgers, hand-cut fries, onion rings, Alaskan Cod fish and chips, and shakes. Diners are treated to large portions, fast friendly service, and the freshest ingredients. They’ve been doing the same thing for over 50 years because their philosophy is “if it ain’t broke, don’t fix it.” That’s what keeps people coming back. Ray’s Drive-In is a must visit when you’re in the area.

This iconic Northwest drive-in may be located in many areas of the state, but it’s the popularity and test that puts it on the map over and over again and on the “Best Burgers in Seattle” list. When Dick’s opened in 1954, it was only the second burger joint in Seattle, the original location. Open seven days a week, Dick’s offers old-fashioned ice cream and individually prepared milkshakes in vanilla, chocolate, and strawberry. No frills, just good food and shakes.

American comfort food at its best is what you’ll find at Mary Lou’s Milk Bottle in Spokane, Washington. They’ve been in business since 1933, and that says a lot. Known for great Reuben sandwiches, burgers, and fries, they have creamy, thick milkshakes that are hand-made. Shakes are served in frosted glasses and include favorites that include blackberry, blueberry, brownie, butterscotch, butter brickle, espresso, marshmallow, pineapple, root beer, and River City sludge. They even have sugar-free and lactose-free versions.

Canna Cabana Gourmet Subs, Shakes & Munchies has the perfect portions on some of the best subs in the Puget Sound area of Washington. Located in Lacey, popular combos include The John Gotti, an Italian sub made with sliced Capicolla, Genoa salami, pepperoni, and turkey, and a peanut butter chocolate shake and The Fire, made with turkey, bacon, a spicy sauce, pepper jack cheese, jalapenos, and red pepper flakes, with a Captain Crunch shake.

You’ll feel the love in every bite at Cloud 9 Burgers in Bellevue, Washington. Open since 2013, this unique burger joint is anything but ordinary. There are 13 hand-crafted burgers from which to choose and over 15 different milkshake flavors like cake batter, pineapple passionfruit, Butterfinger, chocolate mint, root beer, and marshmallow. This is a very kid-friendly establishment and all menu items can be ordered ala carte except the basket meals.

Are you looking for a place to satisfy your craving for a burger and shake? Then go to Burgermaster. Around since 1952, Burgermaster has six locations around the state, but they’re anything but a fast food eatery. Operating with the belief that good food is worth doing right, this family-owned business has a full parking lot at almost an hour of the day during open times. Hungry diners can get a burger, fries, and milkshake for under $11. Favorite shake flavors include Pumpkin, Peanut Butter & Mint, and Snickers.

Another popular local eatery with a history, Frisko Freeze in Tacoma, Washington, has handmade burgers, fresh-cut fries, and malted milkshakes all day long. The interior is pretty much the same as it has been since opening in the 1950. The bacon cheeseburger is consistently lauded as one of the best sandwiches they make, and the milkshakes are the bomb, especially the blackberry and butterscotch shakes. Trying is believing.

This is probably not the best place to maintain your diet, but your mouth and stomach will thank you all the way home. By’s in Seattle, Washington, is a surprisingly great little old-school diner with American comfort foods. Good consistent service, a clean environment with a nostalgic theme, and great food is what this place is all about. Best fish and chips around, but the burgers aren’t bad, and the shakes are definitely thick and creamy. If you like nutty flavors, try the Almond Roca shake for a yummy treat.